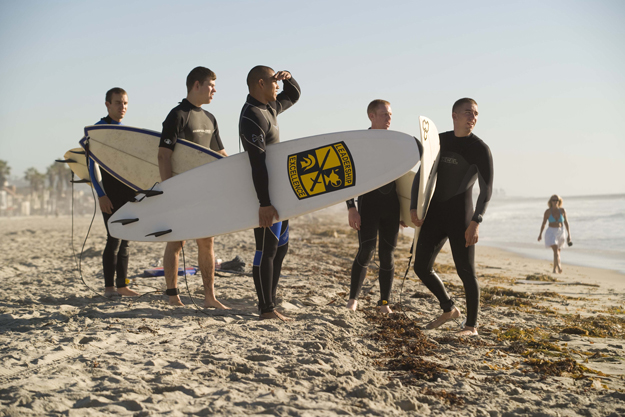 In addition to regular classes during the school year, cadets participate in summer training programs. During the summer between your junior and senior years, you will attend the Leader Development and Assessment Course (LDAC), a six week program where cadets from across the country are evaluated on their leadership potential. Optional summer programs for cadets include attending:

The following training is open to any qualified ROTC cadet (space-available):

The ROTC Advanced Camp is the most important training event for an Army ROTC cadet. The 28-day training event incorporates a wide range of subjects designed to develop and evaluate leadership ability. The challenges are rigorous and demanding, both mentally and physically. WARRIOR FORGE tests intelligence, common sense, ingenuity, and stamina. These challenges provide a new perspective on an individual’s ability to perform exacting tasks and to make difficult decisions in demanding situations. Advanced Camp places each cadet in a variety of leadership positions, many of which simulate stressful combat situations. In each position, cadets will receive evaluations from platoon tactical and counseling (TAC) officers and noncommissioned officers. In addition to proving their leadership ability, cadets and officer candidates must meet established standards in physical fitness, weapons training, communication, combat patrols and demonstrate their proficiency in many other military skills. Cadets and officer candidates must excel at Advanced Camp to be considered competitive for a commission as an Army officer.

The Air Assault school, conducted at Fort Campbell, Ky., is two weeks of mental and physical challenges. This school is designed to teach air assault skills and procedures, improve basic leadership skills, instill the Air Assault spirit, and award the Air Assault Badge. During the course you will face such challenges as: This course, like Airborne, is a fast-paced exercise in mental alertness and physical endurance. You must meet the high standards of the soldiers of the 101st Airborne Division (Air Assault) prior to being awarded the Air Assault Badge. Cadet application requirements include the following: successful completion of the Army Physical Fitness test; have a valid medical exam stating "Qualified for Air Assault"; and be able to run at least four miles within a limited time. Note: the challenges are very physically demanding.

It takes a special kind of person to volunteer for this assignment: someone with an unflinching spirit of adventure; someone who can put into practice in three minutes things that have taken three weeks to learn; and someone who is willing to live up to the Airborne history of action, dedication, and courage. If you're that kind of person, the sky's the limit in Airborne. At Jump School, you'll be introduced to your best friend — your parachute. You'll get to know everything about it. How to wear it, adjust it, use it, the works. You'll also learn all the techniques needed to accomplish your mission with absolute confidence: how to stay loose; get ready for impact; let your legs absorb the shock; roll and collapse your chute quickly; release your harness; unsling your weapon; and deploy into position. Airborne officers are considered to be among the Army's most valuable combat officers. (Every member of the Rangers and Special Forces — two of the Army's most elite corps — is airborne-qualified.) And not only Infantry officers can benefit from "going Airborne." Being airborne-qualified will enhance an officer's value to the Army and enhance his or her own chances for a valuable career. This is a three-week school conducted at Fort Benning, Ga. Cadets in good physical condition may compete for a school allocation. A minimum Physical Fitness score of 250 is required. At Airborne school, cadets will train alongside Regular Army officers and enlisted men and women, as well as members of the other armed services, to jump from an Air Force aircraft (C130 and C141). Upon completion of the course, cadets will earn the coveted jump wings and be parachutist qualified. This course is extremely safe and boosts the confidence of all who have the opportunity to attend.

Qualified students who are selected to attend this four-week, paid leadership course receive placement credit upon successful completion for the ROTC Basic Camp. This qualifies the student for enrollment into the ROTC Advanced Course. In addition, this leadership course allows the student to qualify for a two-year scholarship. Selected students are offered a scholarship prior to attending camp. Also, a student can earn a scholarship while at the camp, based on demonstrated leadership ability and past academic record.

The purpose of the CTLT is to expose cadets to the life of a Platoon Leader in an active army TO&E unit, such as the 82nd Airborne Division at Ft. Bragg, and 1st Cavalry Division at Ft. Hood, and the 2nd Infantry Division in Korea. CTLT allows cadets to observe other leadership styles and allow them to develop their own. Cadets must have completed the Leadership Development and Assessment Course to be eligible. The Department of Defense Internships offer opportunities for cadets with special language, technical, or research skills with various agencies to include positions with the Central Identification Laboratory, Defense Information systems Agency, National Ground Intelligence Center, Lawrence Livermore National Laboratory (LLNL), Army Science Board, U.S. Army Research Institute of Environmental Medicine. Cadets receive an Officer Evaluation Report (OER) upon completion of CTLT.

Mountain Warfare School is a two-week course taught by the Vermont National Guard at Ethan Allen Firing Range in Jericho, Vt. Both a summer and a winter phase are offered. The training is designed to make you an expert in mountain operations. Mountain Warfare School is both physically and mentally demanding. Training is non-stop, 15 hours per day, for 14 days. If you can carry a 65-pound rucksack up to five miles per day in mountainous terrain and are competent with both day and night land navigation you may have what it takes to complete this intense training. Cadets attending Mountain Warfare training must be in top-notch physical condition. The majority of this course is not taught in a garrison environment. It is a tough, combat arms oriented course, and many of the students are from active Special Forces and Ranger battalions. 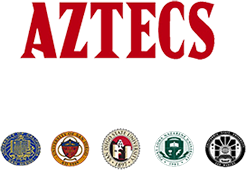 The statements found on this site are for informational purposes only.
While every effort is made to ensure that this information is up-to-date and accurate, official information can be found in the university publications.